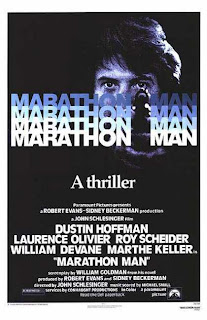 
A film that helped to establish cinematic iconography and narrative. Cross-cutting finds innovative use and Lubitsch moves his fleet-of-foot narrative at a nice clip. When the eyes on a tomb open for the first time, there is a palpable sense of imagination and sincerity, if primarily for its material existence within the frame.

Nathaniel West’s fiercely prescient, satirical 1939 novel gets butchered by Schlesinger, who takes the inherently “termite art” material and transforms it into smug, “white elephant” perversity. Schlesinger’s film is, ironically, as vacuous and empty-headed as the mid-30’s Hollywood it depicts (of course, the film is also meant to draw parallels with contemporary social mores, as well). Waldo Salt’s screenplay mimics West’s novel, rather than giving it an overhaul. Characterization hinges upon risible psychological torment (Schlesinger is a sucker for the meaningless zoom-in on eye-line). Moreover, William Atherton is atrocious in the lead role – it’s no surprise he was relegated to supporting, hysterical baddies shortly after. Worst of all, Schlesinger is again humorless, substituting empty ridicule and incoherent idiosyncrasies for actual discourse.

Another risible, bordering on incoherent outing from Schlesinger – but this time, the lurid material (Nazi targets psychologically damaged Grad student? – sounds like absurdist melodrama to me) finds resonance in its intimations of deeper, unrecoverable fractures in National identity, post-event horror, post-catastrophic trauma. Still, these themes are found in a narrative that’s sheer Hollywood exploitation (a scene where Roy Scheider fights an Asian man in his hotel room or two old men dueling with their cars reveal Schlesinger’s odd, but consistently empty sense of humor), and yet again, Schlesinger encourages acting styles that place personality above setting, filmmaking. Schlesinger will get you that Oscar nom – but he seldom makes an intelligible film in the process.

Schlesinger’s aesthetics have morphed into some sort of TV Movie of the Week/tense political procedural hybrid. Moreover, he has retained the smug indifference that sullies several of his other films. Steven Zallian’s script is predictably shoddy. Finally, the lead performances from Timothy Hutton and Sean Penn are suitable, if forced (especially Penn – his manic style often only works with a manic director, see BDP’s Casualties of War and Carlito’s Way). Schlesinger is a rather boring filmmaker, at this point.

Aping (poorly) William Friedkin’s entire tone and visual schemata for The Exorcist, Schlesinger descends into absolute futility with this voodoo horror/drama, with Martin Sheen thanklessly playing a father trying to protect his son from being sacrificed. Nothing works here – the opening scene has Sheen’s wife shocked-to-death while standing in a puddle of milk. He screams. Later, a voodoo woman tries to help his son. He screams. His son runs out in front of some cabs – you get the picture. Moreover, the films takes little consideration in its depiction of cult/religious conviction. For a “socially” conscious filmmaker, Schlesinger treats voodoo as simply a driving force of evil – there’s nothing remotely human about any element of The Believers.

The metaphysics of Aleksandr Sokurov’s unbroken museum trek through 300 years of Russian history consistently layers itself on at least two levels – the marvel of self-identity as related to cultural, national identity and the unblinking cinematic eye that records and documents such inner-subjectivity. Sokurov constructs his film as a waking dream, suggesting historical identity as essential to avoiding existential crisis, though the film, done in one steadicam take, begs to be taken as the ultimate culmination of cinematic crisis and artistic existence, that crisis which cinema has been trying to resolve since the Lumiere brothers invented the cinematograph: the paradoxical stoppage and persistence (of vision) of time and space. André Bazin would be proud.
Posted by Clayton Dillard at 6:50 AM