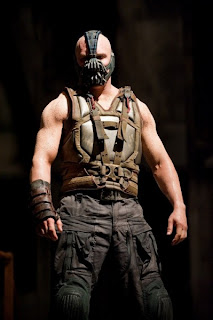 The most anticipated box office weekend of the year (hell, all-time?) is finally upon us, with The Dark Knight Rises set to storm North American theaters (likely over 4500) with hardly a mite of competition in its rear-view mirror. After Ice Age 4 opened to a limp 46 million and The Amazing Spider-Man pulled a solid, but insignificant 35 million in its second weekend (admittedly, a good drop from the respectable opening week), the stage is set for pure and utter domination from the caped crusader and his band of thugs, cops, felines, and femmes.


As I mentioned earlier this summer about some random thoughts of upcoming box office, the arena is now ruled by "event" pictures. Ruled by films that establish and announce themselves as wholly separate from television (massive budget, highest quality actors possible, intriguing marketing) and that possess at least a degree of artistic merit, usually (i.e. not just off the assembly line - see Battleship's failure for this reason, even though I personally love that film).

TDKR is, in interest of momentary brevity, the most prominent instance of said "event" cinema yet - perhaps all-time. Now, before you start levying claims of hyperbole and wishful-thinking, let's do some actual thinking for a moment.

What makes an "event" film? An event film is a singular film (often associated with a franchise) that appears to achieve either (A) the convergence of dispirit franchises/characters (The Avengers, Fast Five), (B) the continuing/concluding of a (usually) non-episodic franchise (see all Harry Potter, Twilight, Transformers, Pirates of the Caribbean, LOTR, Hangover 2), or (C) a new, large scale concept that defies categorization or easy explanation/prediction as to what will be contained within (Avatar, The Hunger Games, Inception).

TDKR has elements from all three of these subsets - it is a three quadrant Event film, whereas most are just one, two at best. Though the film does not truly have a convergence of characters from dispirit franchises, it is bringing in new, familiar characters (Catwoman, Bane), reviving old (Raz-Al-Ghoul, Scarecrow, at least as rumor has it), and throwing these elements into the old guard. It definitely has the second qualification: this is the END of Nolan's trilogy and the marketing has done a good job of explaining/qualifying exactly what that means. Audiences (especially young men) seem aware of the gravity this holds for the lead character (in The Avengers, there was no chance any of the real leads could die - there is a strong possibility here). And in terms of originality - as Nolan himself has stated, the IMAX technology and the use of thousands of extras create a degree of "reality" and scale no one has attempted since the silent era. Using as little CGI as possible, the film will be both a fantasy that's also rooted in a strong sense of the "real," the urban.

All of this means - the film is going to cater across an incredibly wide spectrum of viewers. Unlike Potter, TDK and Batman have fans that extend beyond the diehards. It taps (especially Nolan's dark, hard-nosed variety) into the pulse of feral-minded Americans who thrive on physicality and materialism, less so on the metaphysical. Batman is America. He's just a man, without superpowers. Now, in this final installment, the world is really crashing down. To underestimate the culmination of what has come before it (Ledger, the goodwill of TDK, the establishment of Bale's career, true IMAX screenings, all-star, elder statesman cast) is to overlook just how expansive the IDEA (to use a prominent term from Inception) of TDKR has become. I believe Nolan and WB have pulled an inception of their own, planting the idea in the minds of moviegoers as to just how important and essential this final installment will be to not just culture, but their own lives (whether this is true - and it's highly unlikely - remains to be seen). But the early ticket sales and rampant buzz/chatter indicate that, indeed, "a storm is coming."

Combined with excellent early reviews (the film currently sits at 26 positive, 2 negative on Rotten Tomatoes), this mammoth wrecking ball of a Blockbuster, even lacking the 3D premiums, should be able to plow through The Avengers opening weekend record, set just a couple of months ago. Expect the weekend figures for Nolan's final Batman film to go something like this:

Posted by Clayton Dillard at 11:58 AM