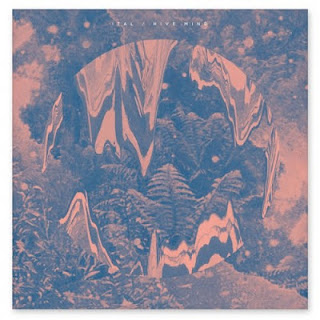 The opening track to Ital's Hive Mind features the first words of Lady Gaga's smash single "Born This Way" on a recurring loop. The Gaga track has become something of a cultural phenomenon, to say the least, if not an outright anthem for many people who've been bullied, wronged, or made to feel different due to any number of possibilities, thus explaining its widespread acceptance. It is an empty anthem, without recourse to meaningfully dealing with difference, instead valorizing rebellion against hegemonic norms, but devoid of significance beyond its knee-jerk convictions

That's a long way to say that Hive Mind is likely to remain one of the most perceptive releases of the year, if mainly for its auto-critique of the Gaga ethos. Putting the opening line "It doesn't matter if you love him" on a loop, which stutters, stops, and ultimately, disintegrates, Ital (aka Daniel Martin-McCormick) uses the recurring words as a precursor to his hard, raw, 4x4 beat, which pumps out an experimental blend of tech house, techno Dubstep, to steadily climaxing and ravishing effect. By the end of the seven minute track (and throughout, really), Gaga's words sound like they're schizophrenically collapsing on itself, as a cyborg glitches and stutters when a wire has been cut. Gaga is the central nervous system shortage of a culture, according to Ital's maddening mix. By the time the beats stop at the end of the track, Gaga slows, her voice dies, and finally we're left with nothing but a piercing, screeching white noise.

The remaining tracks, while not up to the same level of cultural commentary, retain Ital's emphasis on experimentation, post-humanism, and synth-industrial-ambient evocations. Eerie, in a track like "Privacy Settings," epic with "Floridian Void," or provocative with "Isreal," in which muffled, African-Americn voices make indiscernible proclamations (though "the internet has become a space for evil" is understood), there's little ambient ingenuity Ital hasn't unveiled, each track drastically different from the last, culmination in a brief, but masterful display of intellect and affect, congealed.
Posted by Clayton Dillard at 7:11 PM