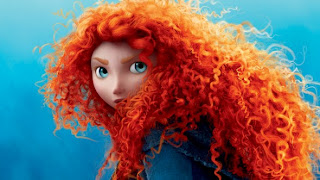 If last weekend taught us anything, it's this: the moviegoing public will not simply devour any half-assed, lame-brained concoction Hollywood thinks they will. As evidenced by the hilarious underperformances of That's My Boy and Rock of Ages (predicted on this site by yours truly one week ago), execs must retreat to the drawing boards to figure out exactly what went wrong. No need for that ladies and gents - I'll tell you right here. Box office success does not have a simple equation. You can't just take popular property + A-list-stars = hit (in the case of Rock of Ages) or bankable star + raunchy material = another 100M (in the case of That's My Boy). Audiences are beginning to become wearisome of pandering, irrelevant features in the age of "event cinema" and "post-high concept" comedy. I say "post" because the era of the star-driven comedy has ended - no longer do audiences seek name actor + clever idea; rather, they seek a more organic, thorough-looking execution of less-traversed properties. Those desires will be reflected in the high opening grosses of Magic Mike and Ted next weekend, two comedies broken from the new, profitable mold. For this weekend, however, the field is wide open - and a cultural mainstay is back on the trail, sniffing blood, and looking for the kill.

Of course, I'm talking about Pixar and their new animated feature Brave, showcasing the animation oligarchy's first female protagonist, with an adventure narrative that (like Snow White and the Huntsman) will likely cross-over with young boys, as well. The PG-rated flick signals Pixar's first original effort since 2009's Up and the 4000+ estimated theater count should reflect how much faith Disney has in their modestly well-reviewed (unto this point) property. Reviews should stay in the mostly praiseworthy realm and following this past weekend's debacle, Brave has essentially got the marketplace to itself. The only way this sure-fire hit could get tripped up is if audiences are experiencing bow-and-arrow fatigue following The Hunger Games and Snow White and the Huntsman. If one wants to make that argument, fair enough, but this prognosticator isn't buying it, since the gorgeous looking animation offers a varied visceral experience, that's also accessible and appropriate for young girls. Look for no less than 70 million this weekend.

Trying to "stake-out" some territory of its own is Abraham Lincoln: Vampire Hunter, an R-rated adaptation of the novel by the guy who scripted Dark Shadows and directed by Timur....yeah, the Night Watch/Wanted guy. A producer credit from Tim Burton means little these days (ask the aforementioned Dark Shadows) and replacing Johnny Depp with Benjamin Walker (who?) surely demarcates the coffin-bound territory this doomed-from-the-start horror-comedy will ultimately find itself in. Reactions against the film have been overwhelmingly negative, from outright laughter while the trailer plays in theaters, to "looks like the stupidest fucking movie ever" type-comments in bars and restaurants. Again, to Hollywood execs - campy, hot property book + visually minded director = total financial disaster. Don't be surprised if this thing ends up in the single digits. For now though, I'll say 12 milllion-ish.

Some other movie opens this weekend called Seeking a Friend for the End of the World, a dramedy starring Steve Carrell and Keira Knightly about a meteor hitting the Earth and killing everyone. Yeah, good luck with that.

Posted by Clayton Dillard at 3:26 PM