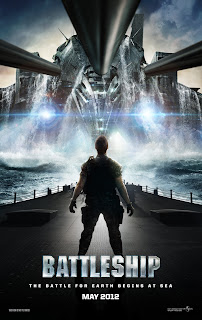 Much has been written lately on the idea of post-continuity in Contemporary Hollywood Cinema - a style that breaks from classical norms of standard composition (eye-line match, shot-reverse-shot, 180 degree line, etc.) and instead opts for a quicker-paced, more disorienting means of relating action and movement. Prominent filmmakers here would be Michael Bay, Tony Scott, and Paul Greengrass. The term, developed by Steven Shaviro, is a nice starting point for discussing the postmodern Action cinema, especially since its generic qualities tend towards form, in its foundation, perhaps more so than any other genre. However, many discuss the idea of post-continuity (or a break from classical forms) in a pejorative sense, as if this altered form is somehow inherently inferior to more traditional, archetypal continuity modes. Perhaps these objections are truly reverence for one aesthetic over another, as according to some standard of the "best" way to visually communicate information/sensation, but it strikes me as more Romantic than anything else, and done out of a desire to preserve hegemonic aesthetic qualities. Nevertheless, even in this observation, I am not trying to valorize post-continuity - it is necessary, however, to approach such films with far more rigor and critical investigation than nearly every contemporary film critic is willing to give and are so quick to dismiss. The same could be said, to a nearly equal extent, for film scholarship, as well.

Film criticism and scholarship have been constructed primarily under a nauseating emphasis and obsession with close-reading and narrative examination - you know, the same types of analysis and discussion that grew out of literature and theater centuries prior. These analyses often relegate form and visual style to supplementary (or irrelevant) facilitators for narrative progression, rather than a crux for establishing significance - in other words, form as the primary means of expression. Such a plea for a more thoughtful approach by critics/viewers to film form is not to say content should be overlooked or ignored, either - far from it. Yet, when considering form-emphasis films, such as Peter Berg's Battleship, any discussion would be remiss if it didn't attempt to weigh form and narrative evenly, if tending towards the former slightly more.

Battleship is a sophisticated synthesis of the two. It epitomizes the joy and energy that can be found when a director has invested interests in both as his modus operandi. Berg's narrative foci remain a subsidiary tool for his film's implicit questioning of excess via the sequencing of visual pleasures, be they tangible, in the form of gorgeous leads Taylor Kitsch and Brooklyn Decker, impressionistic in the grossly reduced, caricatured personalities of its characters (a sort of inverted minimalism), its fetishistic treatment of weaponry and artillery, or the consistent movement and foregrounding of objects/bodies while the camera either tracks, pans, tilts, or dollies. Certainly, said camera movements in-and-of themselves are not particularly compelling, but Berg matches his interest in discontinuity and flash editing with a textual, political conservatism that doesn't extend to nostalgia. Battleship may be a classical B-movie at heart and in spirit, but is visual presence is definitively postmodern, with a visual/textual interest in post-humanism to match. Berg consistently presents examinations of the human body, either through attractive leads, having a paraplegic as one of his protagonists, the generation gap between new and old, or the invading aliens, whose form and function as science fiction isn't as essential as an excuse to let Berg engage a comprehensive interest in athleticism, hybridizing the physical with astute attention towards both visual and sonic affect, all while maintaining a playful, but serious tone, where lead characters are often in real danger, some of whom don't make it out alive. In this sense (and not just), Battleship is certainly preferable to the false entertainment offered by The Avengers, which more-or-less plays it completely safe, from first to last frame. Berg and company aren't so eager to please. Their crassness of premise and ethnicity focused sense of humor seeks social relevance. Nor is Battleship shameful in expressing its unreserved reverence and adoration for military service. Wrapped in the guise of an alien-invasion Blockbuster, the potential pandering/propaganda would be disingenuous were the film's convictions and craft not consistently in the right place. Since they are, one suspects the critical bashing comes from both a mistaking (or ignorance) of the film's formal reach, but also a prejudice and cynicism towards the genuine, if slightly naive sincerity.

As is often necessary for visual contemplation, the narrative gets a standard template: Mid-twenty's fuck-up Alex Hopper (Kitsch) following the lead of older brother Stone (Alexander Skarsgard). Stationed in Hawaii and following a competitive soccer match and bathroom scuffle with rival naval office Captain Nagata (Tadanobu Asano), Hopper's naval status is in jeopardy with Admiral Shane (Liam Neeson), but also girlfriend Samantha (Decker) - who just happens to be Admiral Shane's daughter. A naval exercise "which is sure to be Hopper's last" turns live when five alien ships land in the Pacific and begin destroying various parts of the globe. The archetypal scenario is treated with dutiful irreverence by Berg, the first mistake made by anyone who criticizes this film for its narrative shortcomings. Instead of being concerned with "three-dimensional characters," Berg uses them as placeholders to communicate visually. Essentially, what follows are five stunning action set-pieces, three of which are instant classics for their relentless approach to warfare progression logic. Each one has two parts, a first and second battle essentially, hinged upon a turn, a transition between sequences, basically ten scenes in five movements. Think of Battleship as symphony - not difficult for the trained eye and ear give composer Steve Jablonsky's visceral, complimentary score. As example of said sophistication, an examination of the first said sequence is in order. Unable to identify a distant ship on their radar, Hopper, Petty Office Raikes (Rihanna), and Chief Petty Office Lynch (John Tui) set-out on a motorized raft to investigate. Leaving their ship and two others behind, Berg details the cinematic space with precision. The film's decision to for-go 3D conversion is further indication of its conviction, since Berg establishes the terrain with quick, economic bravado. The pieces are in place. Berg vacillates between continuity and discontinuity forms - he is interested in how each speaks the situation. When Hopper touches the ship and is shocked back into the water, Berg masterfully examines all of the essential characters and placement, zigzagging and cutting with a quickly paced meter, going from close-up immediately into swooping tracking shot, to quick zoom via a ship's telescope. The use of both diegetic and non-diegetic means for perception is varied, but consistent. When the alien ship fires their first rounds, the electromagnetic soundtrack sets into motion not just the fired bombs, but the viewer's spatial understanding of the digitized narrative space. Following the rounds as the fly through the air, Berg again details the terrain, only to end with the bombs hitting the target - expanding, exploding. Berg then cycles through this twice more, each blast getting progressively worse, just as his visual style gets progressively more intricate and excessive. Once the final bombs strike and explode (the fact that there are numerous bombs gives the "excessive" strand even more resonance), killing one of the headliners, the visual resonance matches and even exceeds the generic rule-breaking.

The end of scene one, movement one is followed by Hopper and company's return to their ship, faced with the decision to charge or retreat. Berg keeps the tempo high, but calms before his second, concluding storm. Ultimately deciding not to "ram it" after a heated few minutes of debate, the admission of defeat is literally catapulted in visual terms, as the alien vessel projects two, destructive devices and hurls them into space, landing on the coast of Hawaii and wreaking havoc on the roads, naval base, and baseball parks. Now - in a conventional sense, there is not very much "story" happening in this relentless, nearly twenty minute sequence. And yet, Berg's visual, symphonic approach says all it needs to, as a presence for sensory engagement, structured, and well-devised. Likewise, Berg continues these interests with a hand-to-hand weapons scene (an alteration from the previous sequence), a radar battle that ends in destruction, and a mano-y-mano ship face-off that nicely enunciates the film's interests, both new and old. Battleship retains a degree of irreverence and off-the-cuff filmmaking style throughout its necessary 131 minute running time - Berg needs the space to construct and revise his visual dialectics, be they more dialogic or affect based.
Posted by Clayton Dillard at 10:10 AM