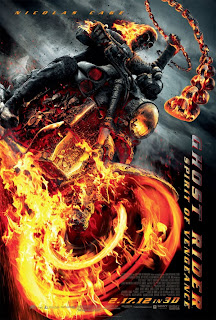 Perhaps the most egregiously overlooked and visionary directors of the last decade, Mark Neveldine and Brian Taylor represent a crisis for contemporary cinephiles. Beginning with their blazingly irreverent 2006 debut, Crank, and extending to their latest faux-sugar rush opus (there are nutrients in disguise here folks, I assure you), Ghost Rider: Spirit of Vengeance (with Crank: High Voltage being their unquestionable masterpiece), the duo have embodied everything those with a predilection for subversive cinema could hope for - exciting, cognizant, and playful young filmmakers, without any pretensions or hang-ups about their crude, socially conscious juvenilia. Unencumbered by pressure to succumb to either the heedless solemnity that defines a new generation's aesthetic tastes or adhere to a passe mold of ironic detachment via soulless pastiche, N/T make films for sharp, attentive viewers, yearning to grapple with their sleek allegorical form as opposed to witnessing the umpteenth fleshing out of a comic book character. Instead, and not surprisingly, the duo are mistaken by viewers, pundits, and critics alike as simply an evocation of ADD culture's infatuation with stimulation and excess, as simply an attribution to a zeitgeist, rather than the Carnivalesque, pop culturally ambivalent, formally sophisticated, mean-spirited, but hopefully-minded tour-de-force thinkers they are.

How can there be such a disparity between what most viewers see and what's actually on-screen? In this case, it stems from a late-capitalist milieu that dictates product in place of art. Product always trumps art in these cases, as minds are trained toward certain expectations (in this case, people believe they are going to see a Ghost Rider movie, not a N/T Film) and unconcerned with anything that doesn't live up to these stringent molds. These molds are inherently bland, consistent, and causal, as to procure an audience that can be brainwashed into thinking pleasure comes from certainty and repetition. Such is the capitalistic mold. If products are too difficult to sell, then the bar for expected quality must be lowered, so that profits can me made. Such would be the explanation for the success of films like Thor and Captain America: The First Avenger, putrid, silly, and worthless entities that emphasize "narrative" as a disguise for their product - if given a narrative excuse, a product can be contained within, and consumers believe it is necessary and important to understand their favorite caped-crusaders or what have you, through the lens of a new "story." Yet story, in the purely diegetic sense, is merely a tool for marketing, the afterbirth of a High Concept 90's Hollywood Blockbuster era that tried to make hundreds of millions of dollars on a single line or pitch. At least in the 90's, critics were wary of these tendencies, which were moving away from idiosyncrasy and towards mass conformity, but now a film (or filmmakers) that works against these ideas is shunned, condemned, and threatened with extinction by a system uninterested in broaching new forms, merely leaving the purely misanthropic, "capital first" mores of the false-consciousness masses to be acknowledged, but ultimately repressed and downplayed.

Moving onto Ghost Rider: Spirit of Vengeance, N/T engage an inherently subversive act by making films from within the Hollywood system; their methodology and technique are described with words like "unorthodox" and/or "wild" by numerous cast and crew members they've worked with (Jason Statham and Nicolas Cage are especially notable here), but what the actors are essentially getting at is the form from which their experience comes, the manner of shooting scenes and sequences, and the ultimate Eisensteinian tool: intellectual montage. While the pair's latest doesn't communicate with sensory precision the way either Crank film manages, it's evident from the breathless, in-medias-res opening that N/T are implicitly probing the ontology of shooting movement and action. The graceful Idris Elba, playing a French priest named Moreau, is filmed with a bodily emphasis, often either in part or in whole, but rarely the expected, medium-shot. In doing so (such as the low-level tracking shot, an N/T staple), there's a fragmented sense of diegetic action, not to heighten or amp the pacing, but with a contrapuntal emphasis, the form quite literally not allowing the totality of the action to be seen. However, this is countered by the essence of each, individual shot, beautiful in their ability to capture and emphasize the visceral. When Moreau jumps from a balcony, N/T shoot from a low angle, capturing the jump. Instead of cutting, the camera moves back to allow for the landing, then pushes forward to a dolly. An incredible capture, the feeling of movement and gravity while seated, amplified by N/T's consistent use of RED-cams, an apparatical fascination that will obviously go unaddressed by unsophisticated viewers/critics, since form, in N/T's case, IS the content (which is not to suggest they neglect subtext, far from it).

In addition to their formal clarity, N/T belittle exposition in favor of non-sequiters, Deleuze's time-image (though it could be argued N/T's use of the time-image is an auto-critique of the technique's haphazard uses, by filmmakers such as Michael Bay or Tony Scott, given their playful frequency with it), and the surreal. In this case, little emphasis is placed on locating Johnny Blaze's (Nicolas Cage) journey towards redemption via Jon Faverau-like action sequences and dialogue exchanges. Instead, they offer Cage a freak-out inside a Muy-Thai fighting pit to rival his numerous rants in Bad Lietenant: Port of Call New Orleans, which could easily be mistaken for a drug-deprived episode (the recipient of his rant even suggests as much), leading to a bizarro-CG montage of Blaze's skull on fire, riding his motorcycle down a dilapidated highway, all while screaming, retching, and convulsing. Like every N/T film, their style tends towards grappling with the compulsions which define obsession and addiction, whether in the literal sense (Ghost Rider: Spirit of Vengeance), metaphorical sense (Gamer), or both (Crank, Crank: High Voltage). Though N/T have been oft accused of nihilism and misanthropy, these are reactionary suggestions that stem from a falsely moralistic understanding of social criticism - make no mistake, N/T are full-blown satirists in how they manage to subvert normative, narrative storytelling without declaring difference. Such is the reason (among many) their films are so readily misunderstood, since a film that doesn't tick off the necessary signposts for "quality" either by adherence or outright disassociation is rendered indiscernible. Nevertheless, such is precisely the mold needed to communicate hopeful ambivalence, which Ghost Rider: Spirit of Vengeance has in droves. View the scene later into the film where Moreau and Blaze break bread and say a prayer, while discussing the lore that defines his comic book origins. N/T align Biblical mythology with Comic Book exposition, an audacious, irreverent choice that culminates in Blaze nervously eating the bread and only slightly audibly saying "Amen." In this sense, N/T suggest puerile lore as the replacement for traditional morality, but also imply that such morality was suspect to begin with. Adding in a montage which suggests corporeal corruption as a product of the Military Industrial Complex and criminalizing vices (drugs, sex, personal degradation) and a finale that seeks to synthesize the action trope deconstruction of the first half and the lament of disintegrating moral purpose of self and denial of death in the second half (pure sensory engagement, cognitive and visceral), N/T stealthfully penetrate the roll of product (Franchise) and produce art (Personal). Not a film about the titular character, but a formal deconstruction tempered with satirical textual assertions, N/T have made one of the most dynamic, measured films of recent years, but with the entirety of mankind neglecting their brilliance, one wonders if their films are simply the proverbial tree, falling in the forest, with no one there to hear them.
Posted by Clayton Dillard at 5:39 PM 6 comments:

If I Picked The Oscar Winners (or, who should win the golden statues) 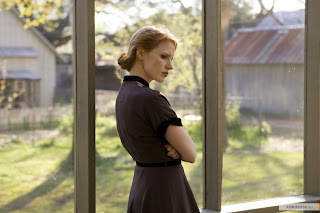 Every year, I like to give my personal choices as to who should be walking away with Oscars, while assuring you that my choices are (usually) not my prediction, since The Academy and myself will likely disagree about 90% of the time. If I had it my way, The Social Network, David Fincher, James Franco, Michelle Williams, Christopher Nolan, and Dogtooth would have all walked away as winners in 2011. None of them did, making these awards as obsolete as ever. Things don't look to get any better this year, as sentimental, nostalgia porn is back in fashion (if it ever went out with these goons)! Here are my picks and shot at prescience, nonetheless:

(sigh)
Posted by Clayton Dillard at 9:59 AM No comments: