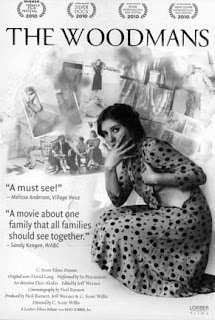 Encompassing the holistic experience of viewing The Woodmans must begin with a reconciliation of its often suffocating moments – some filled with joy, others with pain, the majority somewhere in between. It is, indeed, a film of moments or, perhaps better stated, moments of refracted memories. Francesca Woodman, at the age of 22, took her own life after years of struggling with both herself (her body) and the means with which she was (un)able to satisfactorily express a passionate artistry, emotionality. Director C. Willis Scott situates her struggle within a moderately conventional documentary framework, using talking heads of friends and (primarily) family. Willis uses this form to abstractly emote Francesca’s truly unknowable essence – that being her disembodied consciousness, still pulsating from within her raw, mature art works. 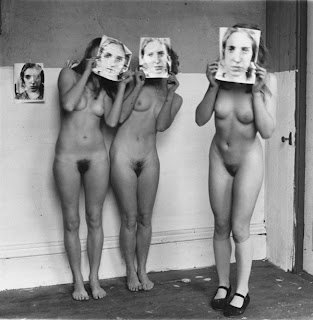 In terms of said artistry, there’s no mistaking that Francesca was a wunderkind, possessing a “rock star quality” as one of her former classmates puts it. Parents George and Betty, lifelong artists themselves, marvel in recalling her resolve, persistence. Often baring her entire body for the art, but as a means of rejecting explicitly heteronormative, patriarchal expression (she denies absolute scopophilia, as seen in this piece), she shares qualities with the work of Cindy Sherman in how history, art, and mise-en-scene (the collective hell of connotation) refute bourgeois practices of advertising, consumerism.

Nevertheless, The Woodmans is really about family dissolve, the ways in which recuperative, repressive memory seeks to grapple with death and guilt, especially the suicide of a young one. Betty Woodman perhaps states Willis’ enigma best, speaking about Francesca’s fractured self: “She was vain but also masochistic – how can they co-exist?” Willis lets remain implicit that Betty’s artistic pursuits, detachment from emotional support, approval, cultivated Francesca’s desperate seeks of approval, affirmation, and worth. Moreover, Willis brilliantly correlates art, memory, and emotion, seeking Francesca’s lost humanity, attempting to reify an essence through testimonials and art. He excavates personal moments of history without motives of psychological reduction or succumbing to that dreaded Indie valorization of dysfunctional family neurosis – disorder is not celebrated. Willis seeks unity, without the pretense of seeking absolute knowledge, total understanding. How to speak the confluence of haunting, confined energy, amidst a society that’s unreceptive to difference, pain, and irreducible yearning? Willis enables a direct confrontation with Francesca’s attempted expiations, perhaps no more eloquently than in the sparse use of voice-over entries from her private diary.

Willis has a gentle, but unsentimental touch. There’s nary a sense that he’s milking the material, nor simply paying reverence to artistic martyrs – he’s not motivated simply by ideology. Isolation motivates much of his selected material, made complete by a late quote from George Woodman, now 77, struggling to choke back tears, lamenting the fact that Francesca will never get to see the later stages of life. George’s conclusion, that “to stay alive is a pretty good thing to do,” pierces with its potentiality for ambivalence, suggesting language does not equal art, but that the two are inextricable and must be reconciled – Francesca is alive in her art, but only in a cultural sense, her person (like her art) in a persistent, unknowable limbo.