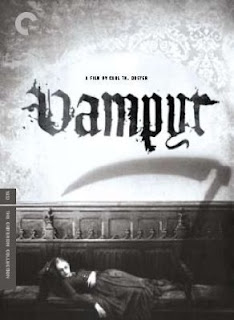 Carl Th. Dreyer’s Vampyr may not be the landmark film F.W. Murnau’s Nosferatu is, but it is without question its equal, if not its superior. It’s nothing short of astonishing that Vampyr remains startling, unsettling and wholly engrossing 77 years after its release, though anyone acquainted with Dreyer’s work understands the spell he is capable of casting.

Vampyr was Dreyer’s first sound film, though it certainly maintains a silent aesthetic, given the visuals are the drive of the narrative, not the dialogue. In fact, there are likely less than two dozen lines in the whole movie. It’s not quite the expressionist mode that Nosferatu helped pioneer, but certainly everything is low key; even the outdoor scenes are dimmed, a technique which helps to desaturate the frame, just as a victim’s body is drained of blood. The plot involves a curious man in search of evidence of witchcraft and demonic possession; taken shelter at an inn, he begins to experience strange apparitions and cannot distinguish delusion from reality. The scant story is hardly of consequence; Dreyer primarily wants to take fantastical imagery and explore the surreality and capability of the mind. As usual with Dreyer, religious custom and its ambivalent impact is at or around the fringe of the film’s consciousness, perhaps less so here than in The Passion of Joan of Arc or Day of Wrath, but even when not as prominent, Dreyer’s ‘transcendent’ (as Paul Schrader would put it) qualities remain. To watch Vampyr is to sense that one is closer to understanding death than ever before. Dreyer isn’t interested in making any dialectic argument, nor should he. His images are often inexplicable, chaotic. He manages to lay a foundation for the rules of vampires, while also deeply tapping into a simultaneously cinematic and humanist struggle. 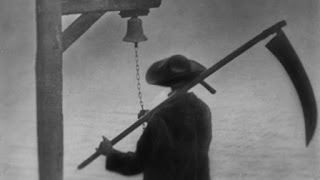 Posted by Clayton Dillard at 7:33 PM